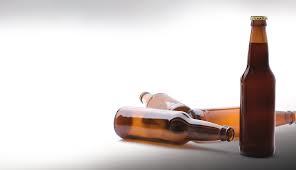 EtG, or Ethyl Glucuronide, is the ingredient responsible for the intoxicating effect of wine, beer, and liquor and is produced by the fermentation of yeast, sugars, and starches.

Before EtG testing, the most widely available test to determine alcohol levels was through the detection of Ethyl Alcohol. This method is unreliable after four hours or less and not much use in family law cases unless the subject of the test was a severe alcoholic. Parents with less severe drinking problems, but problems nonetheless, could easily slip through the net simply by avoiding a drink for a few hours.

This inherent unreliability in testing for Ethyl Alcohol is why ten years ago I began advocating for EtG testing to validate a parent's abstinence.
The EtG test at that time seemed to be the best tool for the job because it was understood it to have detection period between 70 to 80 hours - making it a lot easier to hold parents’ accountable for their abstinence, especially during overnight parenting. It certainly beat the then current Ethyl Alcohol testing system with its tiny 4-hour window.

Over the last ten years that EtG testing has been available, studies show that the 70 - 80-hour window is incorrect. Current thought is the detection window is < 24 - 48-hours. Still, a much larger window for detection than 4 hours or less. Many family law professionals still operate on the notion of a 70 - 80-hour testing period. Failure of family law to get up to speed with the current understanding of EtG testing is alarming with consequences too numerous to outline in this blog.

When we began using EtG testing the big concern was false positive results. Because of the concerns the EtG cut off level was raised to 500 ng. Today the big concern is false negative results. From personal anecdotes and professional experience I conclude that EtG false positive are occurring more often than not. Further exacerbating the problem, research isn't consistently pointing to false negatives as being problematic (see SAMHSA opinion below).

Advisories released by SAMHSA, one in 2006 and another in 2012, make it clear that a positive EtG test is inconclusive in determining consumption of alcohol (meaning that an EtG is capable of producing a false positive reading). The advisory goes on to state that a negative EtG is convincing enough proof that an individual has NOT recently imbibed - at least for the 24 - 48 hours before testing occurred. Take note of those numbers, 24 - 48 hours, not 70 - 80 hours.

The advisories also provided guidance on what a positive result may indicate. I have only included the 500 - 1,000 ng here, as this is the range typically used by family law.

It's clear from the latter guidelines that the EtG is useful in identifying heavy alcohol abuse, but not a catch all test.

What follows is a summary of a comparison study conducted on EtG levels in hair as compared to self-reported alcohol abuse, by Lees R1, Kingston R, Williams TM, Henderson G, Lingford-Hughes A, Psychopharmacology Unit, University of Bristol, UK.

The results showed that EtG was detected in 29 out of 100 hair samples. Based on the Society of Hair Testing (SOHT) threshold of 30 pg/mg EtG, the hair test identified alcohol consumption in 57.9% of high-risk drinkers, 45.5% of increasing-risk drinkers and only 9.8% of lower-risk drinkers. EtG sensitivity was highest for high-risk drinkers (consuming more than 50 units a week).”

The conclusion drawn from the study is that a positive result is "highly likely to indicate any drinking” (positive predictive value, 1.00). A negative result does not provide good evidence for abstinence (negative predictive value, 0.23). The study also concluded that “the EtG has been identified to be a low sensitivity marker that cannot be used quantitatively to determine alcohol exposure. EtG can be used qualitatively to indicate alcohol consumption with a positive result providing strong evidence for an individual drinking within the past 3 months.” So, an EtG hair test with a less than 90 day detection period can be considered reliable when producing a positive result but is not sensitive enough to reliably detect all drinking events.

This study is in direct contradiction to the SAMSHA advisory's statement, namely that a positive EtG test result from urine should NOT be considered as evidence of a drinking session.

It would appear from the above studies that EtG testing is not the 'one size fits all solution' family law would like it to be, even though they are treating it as such.

EtG tests become more reliable with higher volume consumption, higher cut off levels, and increased frequency of the random testing. Therefore, a professional using EtG testing should possess the knowledge, skills, and experience to use it effectively.

Soberlink is a high-tech breathalyzer system that came to the scene 4 or 5 years ago. In particular, it made a significant impact in the state of Texas family and criminal law sections. Now Soberlink is well known nationally and internationally. While Soberlink is known, it is not being utilized enough in family law.
At More Than Recovery, a substance abuse evaluation, and abstinence and recovery monitoring service, we adopted Soberlink in 2015 as a go to testing method in most alcohol related family law cases. Working with the Soberlink system, I have found Soberlink to be significantly superior to EtG testing in detecting drinking episodes.

Soberlink’s superiority is bolstered further by a pilot study, Cellular Photo Digital Breathalyzer for Monitoring Alcohol Use, conducted by Gregory Skipper, MD. Out of 84 drinking episodes, Soberlink detected 98.8% of them. Compare this to the 1.8% detected by EtG testing, and you can see there needs to be a change in how we detect alcohol consumption in family law cases. The Skipper study supports what I have observed in my monitoring practice. Random, or on demand EtG testing allows alcohol consumption to go undetected. Not because EtG testing fails to identify drinking episodes, even though it can, but because the testing is too infrequent to catch all drinking episodes. Increasing the EtG test frequency would help to resolve these issues, however, increased frequency is infeasible due to the increases in cost and inconvenience.

The following two case studies will further illustrate how useful Soberlink testing is:

Case 1:
A parent undergoing Soberlink monitoring for full-time abstinence attended a child's sporting activity. The concerned parent was unable to detect alcohol through breath, nor was there any behavior indicative of intoxication. Once the game was over the monitored parent then left with the child. Fifteen minutes later the monitored parent complied with the Soberlink test as scheduled and tested positive with a BAC twice the legal limit. Without Soberlink this drinking episode would have gone undetected.

Case 2:
The monitored parent attended a party while out of town and casually consumed two alcoholic beverages. A breath sample submitted by the monitored parent tested positive, who was then requested to resubmit further samples at fifteen-minute intervals. The third submitted test came back as compliant. The monitored parent then attempted to explain away the positive test, albeit unsuccessfully. Once he realized the futility, he confessed to what had really transpired. The monitored parent is a severe alcoholic, and two “casual” drinks placed him at grave risk of a binge drinking episode. An EtG test would not have detected this episode, and so no intervention would have taken place. Soberlink made the difference.

The Adult Drug Court Association provides literature detailing how substance users are more likely to fall into using patterns if they consider that the consequences of their actions will be delayed. This is why undetected drinking events or false negatives only end up supporting abstinence violations, rather than preventing them. Accurate detection, therefore, is vital if we are to make a positive difference in case management for both criminal and family law. Soberlink offers real-time results and therefore real-time consequences.

A common complaint about the use of breathalyzer systems is that it fails to detect overnight binge sessions due to scheduled testing ending at bedtime. Logical as this may seem it has not been my experience, as I have seen many morning hour positive Soberlink tests that suggest a drinking episode the night before.

Soberlink, and breathalyzer testing systems in general, are not just proving to be more reliable than an EtG test but they are proving more convenient as well. Monitored clients no longer have to clock off work early to make it to a lab before closing. This level of convenience also extends to parents being able to conduct a test while they are parenting. Detecting drinking events during parenting time is near impossible with EtG tests.

Ultimately, EtG and breathalyzer monitoring systems are just tools and as such are only as good the user. With that said, the main culprit for failing to detect alcohol consumption is not setting up a proper testing schedule whether you use EtG testing or breathalyzer monitoring. More Than Recovery is available for consultation and presentations regarding efficient abstinence monitoring practices.

I would like to see a change in alcohol monitoring as used by family law, with breathalyzer monitoring as the first choice, followed by EtG. Breathalyzer testing has shown itself to be more capable of meeting family law objectives specific to each case, provided that it is used properly.

Find us on map